Ron Green had already retired once after a long and successful career in print journalism - including 30 years at the Kent Messenger group -  before being persuaded to help out with lecturing our first batch of students just after we had set the department up.

That was more than a decade ago.

In the years since then he has been a stalwart of CfJ life, and many is the student who has benefitted from his patience, his wisdom and the incisions of his red pen through their copy. Dozens owe at least part of their progression through the NCTJ diploma to the many additional hours he put in helping them to sharpen top lines, polish quotes and check key facts.

Many congratulations to Year 3 undergraduate student Karina Pavlova, who has just been announced as the 2019 Sky News Bob Friend Scholar.

After a tough interview process, Karina emerged as the successful candidate just ahead of shortlisted students Jess Sharp, Sam Baker and Joe Dawson - all of whom gave superb accounts of themselves for the panel. 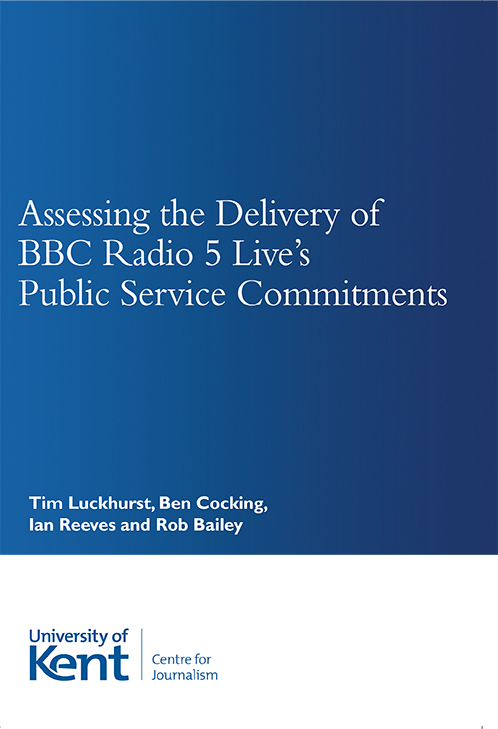 Today sees the publication of a major study by Centre for Journalism academic staff.

Professor Tim Luckhurst, Dr Ben Cocking, Ian Reeves and Rob Bailey are joint authors of Assessing the Delivery of BBC Radio 5 Live's Public Service Commitment, which was launched this morning at a meeting of the All Party Parliamentary Media Group at the Palace of Westminster.

Members of the group chaired by Rosie Cooper MP were presented with the findings of the report, which demonstrates that 5Live is not meeting its licensing requirement that 75 per cent of its annual broadcast output should consist of news and current affairs programming.

The report, published by Abramis is available to download here. You can also view it in the online reader below.

The research was carried out following the award of a research grant by News UK and Ireland Ltd. 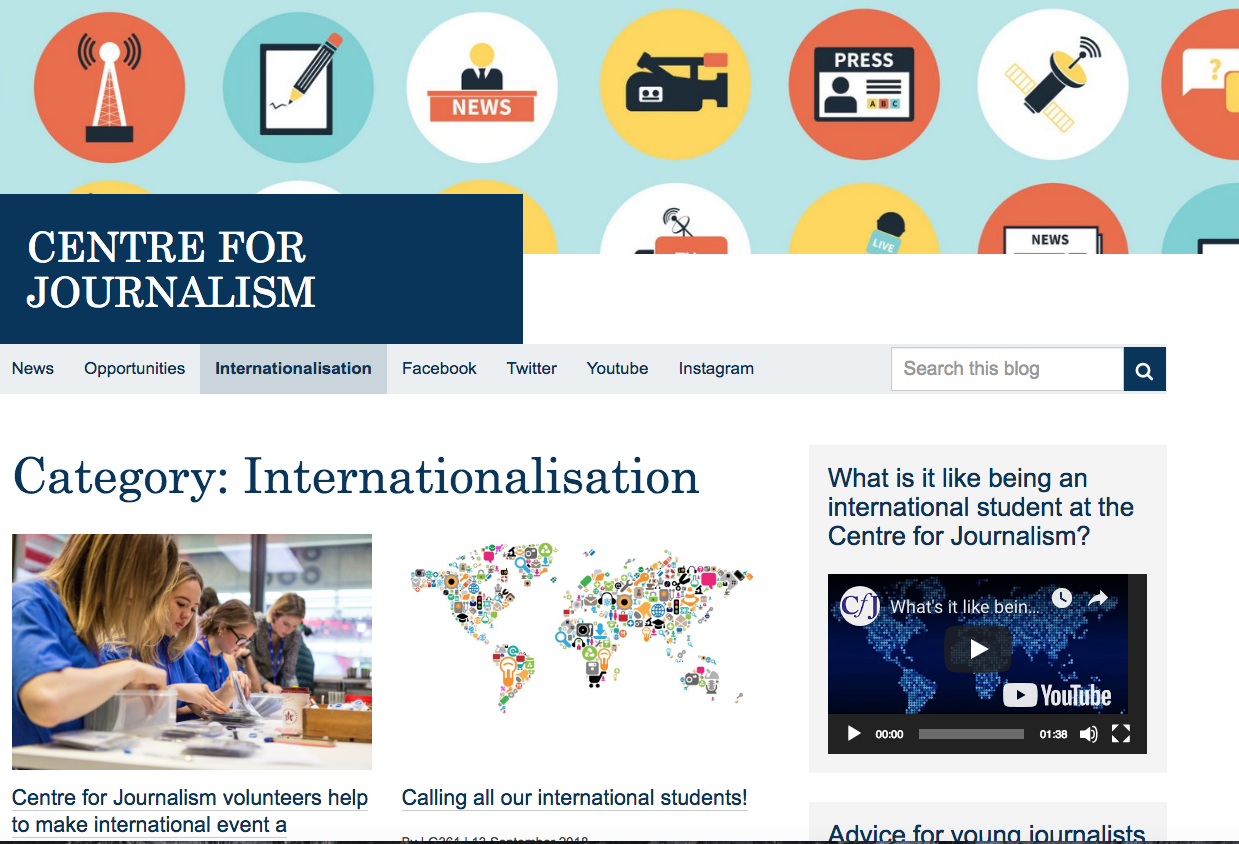 The Centre for Journalism's new blog for international students has won silver in the university's International Impact Awards.

Created by our own Laura Garcia, the blog aims to highlight the experiences of our international students on our BA and MA journalism programmes for visitors to the main university web site. The award panel was particularly impressed with the interactive map that Laura created featuring videos from CfJ students and alumni all over the globe.

With the award comes £1,000 to spend on internationalisation activities for the department. We'd be interested in hearing any good ideas from CfJ students out there as to how this might be spent to encourage more overseas students to join us, or to strengthen our exisiting alumni network.