The Sunday Times has launched an annual award for unpublished writers on food in honour of AA Gill, the acclaimed writer, restaurant reviewer and television critic, who died in 2016. Gill’s philosophy of life, spirit of adventure and delight in mischief was reflected in his articles. He believed “criticism” was an undervalued skill, inspiring us to find the next emerging critic. In his book Pour Me: A Life, he wrote: “Criticism is like being able to unbake a cake. When people fatuously ask why I don’t write constructive criticism, I tell them there is no such thing. Critics do deconstructive criticism.”

The aim of the award is to offer a launch pad to previously unknown writers based in the UK. All entries must take the form of a review. AA Gill became a writer after an early career as an artist, so the prize is open to people of all ages over 21. Amateur critics who have published their own unpaid work on websites are welcome, but not employed food writers. If you fit these criteria, we would be delighted to hear from you.

Entries must be between 1,000 and 1,200 words, the length of Gill’s restaurant reviews. Heavily dyslexic, Gill transcribed his copy over the phone, and in recognition of this, entrants will not be judged on their spelling or grammar. The winner will receive a prize of £5,000 and the winning review will be published in The Dish, the food section of The Sunday Times Magazine. Two runners-up will receive a prize of £500 and £250 respectively and will be invited to the awards ceremony in June. 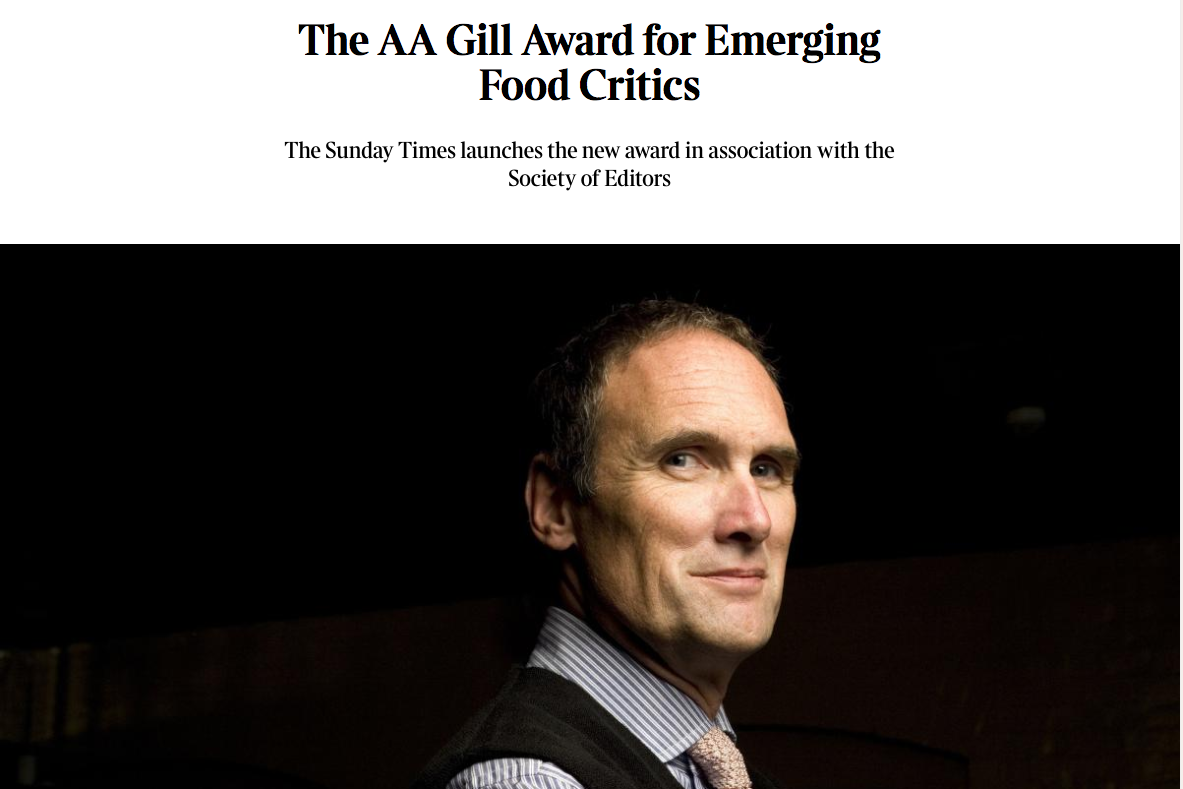