I feel like, Coronation Street expected the black community to celebrate the news of  the soap having its first black family as part of the neighbourhood, for the first time in the show's 59-year history.

Am I really supposed to be jumping for joy at this news?

Honestly when I saw the tweet on my timeline, I was confused... What took so long? Are we not in the 21st Century, where supposedly everybody accepts everybody and we are actively striving for equality?

If it takes 60 years for a popular soap to introduce its first black family, then how long will it take for the media to start becoming more diverse, start putting more individuals of colour on the covers and start to give us the choice to write the content we really want to write about?

I am not the only one who feels this way, as Tobi Oredein, an amazing female and Founder of Black Ballad UK, who I interviewed for my online assignment, spoke on this, on her Twitter:

'The Baileys', comprising of father, Edison, mother Aggie and sons Michael and James, will first appear on screens in early June.
Themes of racism and homophobia are going to be explored by the soap opera, with 19-year-old footballer James coming out as gay in an upcoming storyline.
So, not only did it take Coronation Street almost a century to introduce a black family, their storyline for this family doesn't seem very orginal either, as they will be the targets of racism? Understandable to some extent, considering that they are the first black family in 60 years. However, not surprising, since mainstream, white media is very familar with this kind of story and will always tell it the same.
The producer, Iain MacLeod said that he really didn't know why this family wasn't introduced sooner and revealed that the black matriarch is set to clash with the neighbours in a 'fairly British way.'
She and her family are going to rub the neigbours up the wrong way a little bit when they arrive, and then the mother is going to take offence at something one of her neighbours says and eventually it will become a little bit of a tit-for-tat war, as revealed on Sky News yesterday.
I do not know how Coronation Street are going to present this family to the whole world, but I can say for sure that I am not completely 'in love' with the idea, simply because they have not made the effort to stray away from normal storylines and also because they have made the effort for the black community to represented a little too late. 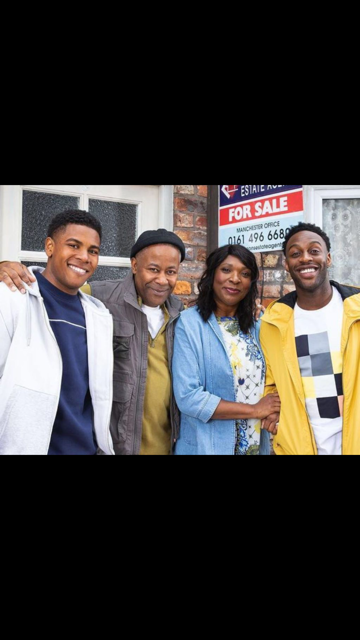