The internet is continuing to erode the local newspaper industry at an alarming pace. Hundreds of newspapers have closed in the past few years, and the survivors are left struggling with dwindling staff numbers. 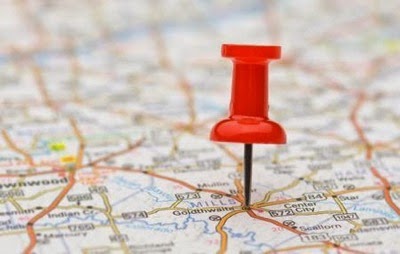 Obviously, this is bad for the industry, but it's bad for society too. Less local journalists has inevitably lead to gaps in coverage of the communities in which we all live, leading to a decline in the scrutiny of local government, and in coverage of community events which may not be the story that sees papers fly off the shelves, but matters nonetheless to the communities it affects.

The pressure of selling copies and ad-space, combined with insufficient staff numbers, is leading editors to focus, more than ever, on the big-headline stories that most of us love to read whilst sacrificing the stories which perhaps have a few less bright lights attached, but are nonetheless important to those few concerned.

However, this rather dismal state of affairs appears to be in the consciousness of the industry, and those who are inclined have made efforts to prevent our local press from becoming a mass of tabloid fluff.

One of the first remarkable attempts to rejuvenate local reporting has been for entrepreneurs, journalists and ordinary citizens to set up small news organisations to cover the news of their local town, village, or even postcode. This has been coined as 'hyperlocal' journalism.

The idea is that these organisations, which mostly operate online, can exploit the holes left behind by exhausted local newspapers - reporting on events which they no longer have the resources to cover. The ideal goal of this venture for many is to have a hyperlocal outlet for every street - meaning, in theory, that all local events, regardless of their commercial significance to 'big media', will get covered.

So far things are looking good for the hyperlocal industry, with the latest reports showing that 30 per cent of UK adults accessed hyperlocal content on at least a weekly basis. But why is such an exciting, new medium still waiting to go ballistic? After all, this has the potential to affect everyone. Most of us want to know what's going on in the immediate area of where we live; the reportage of this can often affect us more than what we read in national news.Yet it's still largely unheard of by the public and local papers have, for the most part, made no reaction to the hyperlocal uprising.

Why? Well, this may have something to do with it:

1. They're still not making money

Funding and sustainability is perhaps hyperlocal's biggest challenge, but nobody can seem to agree the best way to go about this.

Sites like The Lincolnite are advertising funded which provides a potentially very lucrative platform for local businesses, but this model alone is questionable as to its ability to keep the business afloat - even The Guardian's ad-funded website continues to make a loss despite massive online investment.

Franchise structures have been tried and mostly failed. AOL's US Patch network has lost $147 million which generating a feeble $13 million. On home shores, The Guardian's local project has been abandoned, again citing unsustainability.

There are other structures, but none as yet appear to work well enough. On the other hand, many community -run sites such as Lichfield Live argue that hyperlocal news is not about making money, and should remain as a voluntary, community service. But unless these websites can guarantee and income, and thus full-time dedication by journalists, how can it possibly work as a reliable news source?

2. They all need to be ran by trained journalists

Many websites rely on citizen journalism to fill their pages. This is understandable, it's a stream of news coming for virtually no cost. But for the sake of public trust and quality journalism, this cannot be relied upon as a sole source of news.

Hyperlocal websites need to disassociate themselves from blogs. This is a medium which is largely associated by the public as containing amateur journalism which whilst often entertaining and informative, cannot be trusted as a reliable news source. For these sites to be trusted like a professional news organisation, they need to operate like one - and that means professionally produced journalism.

This is not to say that citizen journalism should be abandoned; it is probably necessary in order to maintain a regular stream of news. But trained journalists have to be available to a hyperlocal site for stories which require a higher degree of professionalism in reporting, such as town/council meetings and crime.

3. Too many are terribly designed

This might seem like a minor point, but in age where we take beautiful, user-friendly, efficient web design for granted, hyperlocals need to maintain this standard if they want to be taken seriously. Some websites, such as the Neighbour Net franchise, are so ugly and clunky that the quality of journalism that goes into them is hugely undermined. Chiswick W4 in particular looks like a school project from the mid-90s.

Over half of visits to hyperlocals are from one-off visits via discovery on search engines, according to a recent report. If when these people visit a hyperlocal they're greeted with an attractive, professional and engaging looking website, they're more likely to remember it as a trustworthy source of local information. And if they're ad-funded, this could mean greater revenue. As far as I've seen, The Lincolnite is at the head of the pack right now.

4. Not enough newspapers are collaborating

Hyperlocal websites can be a valuable resource to newspapers, yet hardly any relationships have between established between the two. This could be due to a lack of understanding, perhaps they see hyperlocals as irrelevant or maybe even a threat. For a small, or in some more charitable cases no fee, newspapers could see their holes in coverage being filled, whilst raising the profile of the hyperlocal.

Some hyperlocal practitioners have even complained of having their stories stolen and published by newspapers with no credit given. This certainly has to stop, or many smaller ventures will surely abandon their work because of a lack of recognition for the valuable service they provide.

For hyperlocals to have the biggest impact, we need a patchwork of them draped across the entire country. This will contribute to the public's consciousness of their existence, and maybe, eventually, it could place them as an equally reliable source as local newspapers for reporting of their local area.

The key to the success of hyperlocals seems to be the first point - making them pay. We won't see a patchwork of websites until their is a safer bet on financial return; trained journalists won't be attracted to contribute full-time because it's too risky; too many sites look bad because they don't have the funding or knowledge for a redesign.

We're probably a long way off figuring out how to monetise this thing. But, with a little dedication, these other points can be changed without them. Hyperlocal media has the potential to bring a lash of vibrancy into local journalism. There is still market for local reporting; according to an Ofcom report, in 2009 nine out of 10 UK adults consume local news at least weekly. And so long as the public is interested, I have no doubt that something can and will be done to make this work.