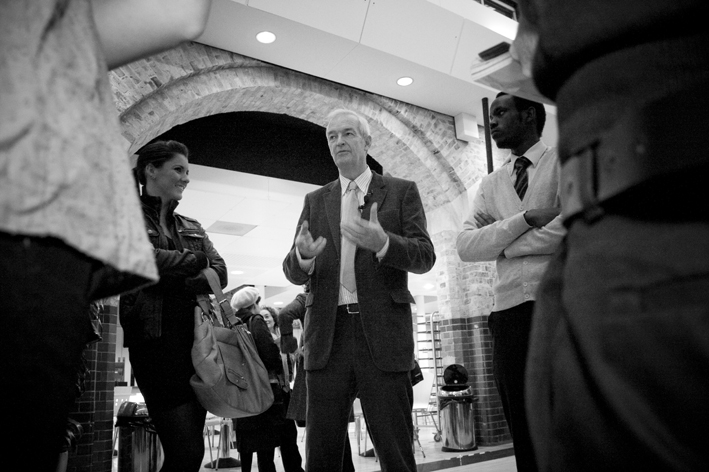 The media is undergoing a revolution in which people will no longer look to newspapers for news, according to Channel 4 News presenter Jon Snow.

Delivering the third Bob Friend Memorial Lecture at the University of Kent on Friday night, Snow said events in the Middle East demonstrate the benefits of social media websites but also that newspapers are becoming dated very quickly. Leaders in Tunisia and Egypt have been forced from power after mass protests driven by services like Twitter and Facebook.

Before his lecture, titled ‘From film to Twitter – the media revolution: is the golden age of journalism come or gone?’, Snow presented this year’s winner of the Bob Friend Memorial Scholarship, Tania Steere, with her award.

Labour cannot sit back and wait for the Coalition to ‘screw up’ and must reconnect with the ‘hopes and aspirations’ of the British people.

The Centre for Journalism Newswire is now live. The project is being undertaken as part of the Centre's Online news day for third-year undergraduates.

In 'The Brown Years', the Independent's Steve Richards looks back on Gordon Brown's three years in Downing Street - focusing on the major events of his premiership.

The first episode, which was on Radio Four this morning, details his first few months in office, and how his initial honeymoon ended in such a brutal fashion.

What a strange thing Daybreak is looking set to be," she writes.