On the pitch, John Terry is the embodiment of the power, passion and dedication that marks out any great leader. Throughout his career at Chelsea and for England, the 29-year-old has put his body on the line. Managers across the world would kill to have some like Terry in their team.

There is no doubt that he is a fantastic player, but as a man he leaves a lot to be desired.

This is something I have been working on for a few months now, when I had the idea of writing an ebook or something similar on my experiences following Chelsea from the arrival of Jose Mourinho in 2004 to the present day. Let me know what you think.

I will never forget the night of April 30th 2008. Chelsea 3-2 Liverpool, 4-3 on aggregate. It meant we were going to Moscow and the first Champions League final in our history. The atmosphere at the Bridge that night was unlike anything I have ever heard, then or since. It was incredible and made the hairs on the back of my neck stand up. The Matthew Harding Stand was literally shaking and my vocal chords took one almighty pounding.

After the pain of the semi final defeat in 2007 and the five-hour coach journey back from Anfield this was sweet revenge. If you had said to my Dad 20 years ago that he would have the chance to see his team in a Champions League final he would have thrown his head back and laughed. But in 2008 it became sweet reality. 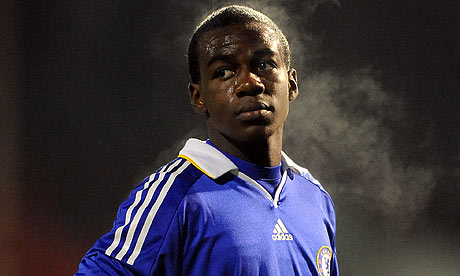 Over the last few months Gael Kakuta has been in the headlines for all the wrong reasons.

Dogs may be man's best friend, but their relationship with the environment is much more frosty.

BBC journalist Brian Hanrahan was there when the Berlin Wall came down 20 years ago. In this text piece and accompanying video, he recalls what he saw on that night.