After spending several hours at the Chatham Historic Dockyard on a freezing cold Wednesday morning, my group partner [who I won’t name and shame] and I walked away like we had just made it as big-time journalists. We had turned up at the dockyard with a clear plan of action: to find the BBC comedy, Quacks, film-set and to interview several of the cast members – which was incredibly naïve of us to think that we would actually be allowed to do so, but nevertheless, we were big-time journalists ready to break our first CFJ story. As we arrived we spoke to several dockside staff and asked where the film-set was, to which we quickly discovered that … there was no film set – it had closed down a week ago. STILL, we powered on with our heads held high, doing what journalists do, and continued to look for other stories to pitch as a mobile journalism video. The pressure was on, and we were eager to find an impressive story to present to Andy Richards, the KMTV News Editor.

In the distance we could hear drilling noises, and so decided that we would go and have a look to see if anything exciting was happening. An HOUR later, we found the dreadful noise, to which we discovered… a film-set…could it be? No. It couldn’t…and it wasn’t. But… after questioning a few people, it turned out to be even better news. A production crew were in the middle of setting up a brand new Sherlock spoof, which hadn’t been released to the public yet. We couldn’t believe it… we had actually broken a story. Although, we soon understood that we weren’t able to ask any questions about the new television series itself, BUT the crewmembers allowed us to look around the set. They kindly showed us around and were willing to speak to us about their lives as film production artists. It turned out that several of the men had worked on film-sets such as Harry Potter, Fantastic Beasts and The Golden Compass and had travelled all-around the world for their jobs. We began filming everything that we could, and they even allowed us to go up into the plasterers bucket truck to record an interview with them – we were towering over the dockyard feeling on top of the world. After thanking the crew, we walked away feeling a little too pleased with ourselves. 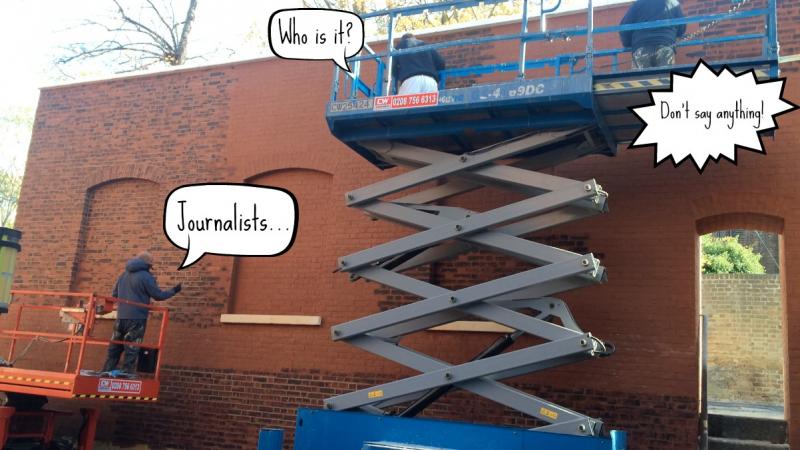 We had just produced our first ever “mojo”.

As we jumped back into the car, and sped into the postgraduate newsroom, we both looked at each other: 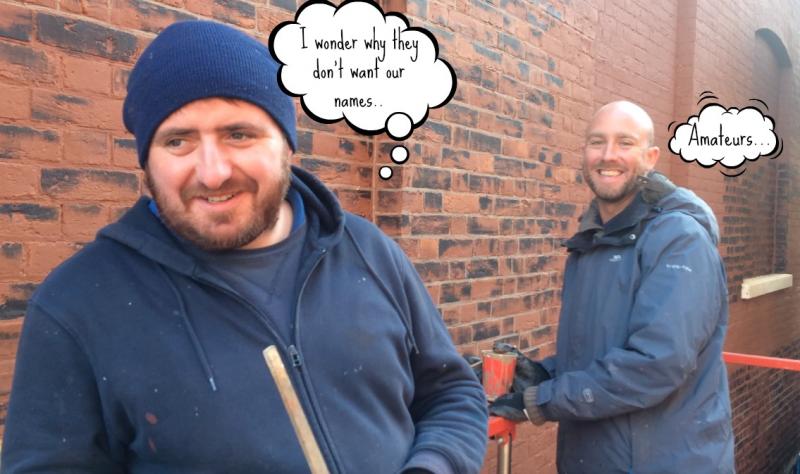 Yep..Okay.. Kind of a BIG setback...but we can make this work - they said they would be there again tomorrow so we can go back and ask for their names and ages.

2. "Did we forget to use the microphone?"

Right...yes...we did... and I can't hear a single thing that any of them are saying in the footage. Never mind, we can ask them again tomorrow - maybe? 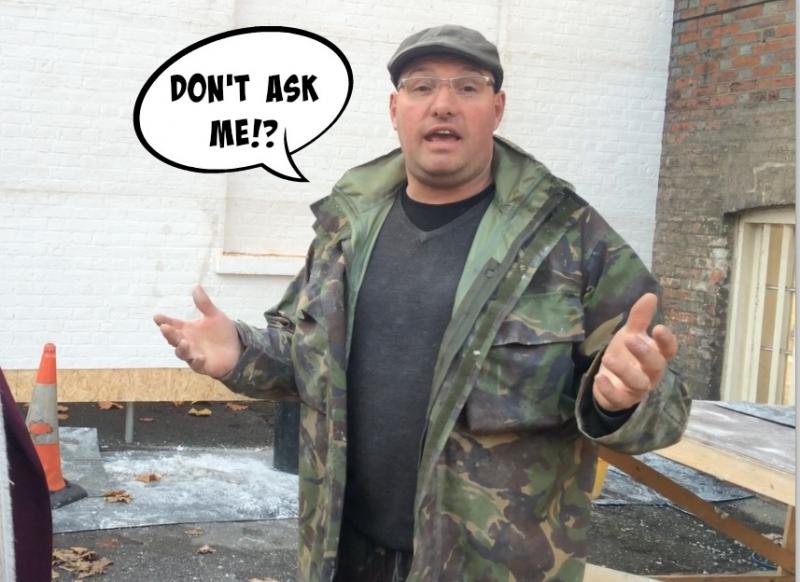 We weren’t going to let it hold us back… the next day we strolled back into the dockyard with our un-phased, professional faces on and headed back to the film-set. The men were slightly surprised to see us again, but kindly gave their details and after much persuasion, agreed to be filmed again. Great, we thought, despite standing in the pouring rain (of course it would be)… maybe we can produce this video after all. 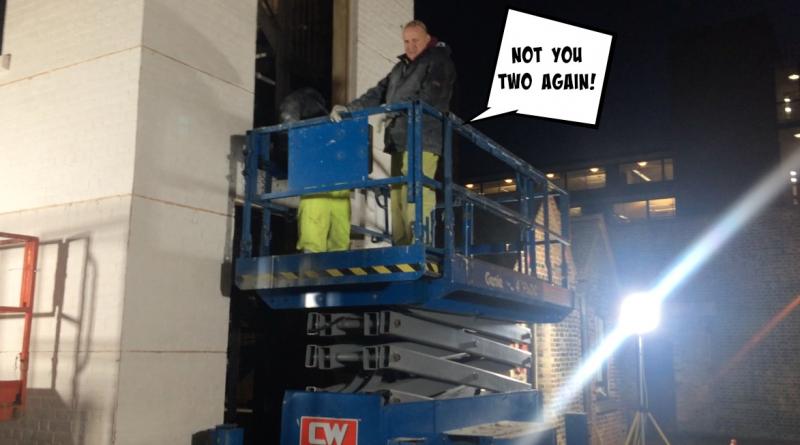 By this point I was already twenty meters away from where the interview was taking place, chasing the tripod case along the slippery, cobbled streets (very professional). OKAY, note to self, I thought, don’t leave the case on the floor next time – especially not on a windy day. After redeeming myself I walked back to the set, and helped wrap up the final few questions. We thanked the crew AGAIN and walked away, highly embarrassed by the situation, but we couldn’t help but laugh.

"It should be right…here…shouldn’t it?"

7. "But… I saw that the video was recording on the screen?"

8. "Does your phone say that it has enough storage?"

And we didn’t… by that point it was getting close to 7’oclock and we were too embarrassed to go back for a third time and film our mojo. It was also too late to film anything else, as it was due to be handed in the following morning. So, we decided do the best with what footage we had and used the video that we had recorded the day before (which had no sound). Sitting in the PGNR, we started getting the hang of Final-Cut Pro and felt slightly relieved by the fact that we at least had something to present (or so we thought!).

So, we hadn’t saved it, BUT luckily as the computer restarted our work had been restored and we were able to save and export the finished file. We returned home (feeling particularly un-journalist-like) and were not looking forward to the shame that we were about to endure the very next day.

However, in the end and to our complete disbelief, it turned out that maybe it wasn’t as bad as we thought it was – even having no interview footage. But, that actually, despite it certainly being the hard way, we can definitely say that we learnt quite a few lessons in how NOT to do mobile journalism.

For anyone that wants to know how to do it the right way... here is a useful link:

hahah this is so good, the

hahah this is so good, the pictures are brilliant x

Well L.B. I like your autobiographical tale of woe. You get top marks for enthusiam, dedication in the face of adversity and perserverance. You also did manage to produce some great (albeit silent) footage! Better luck next time - and come and borrow the gear again. Practice makes ......well, you know ;-)

You tell your story well, Isabella. But look on the bright side. We all have to learn how to use the kit properly and now is exactly the right time to do it. Make the mistakes now and you won't make them later. I once had to return shamefaced to interview a government minister for thesecond time because I'd left the pause button on throughout my first attempt. The initial interview - which I didn't record - was very good and twenty minutes long. The second version was brief, curt and enitrely unremarkable. I didn't make that mistake again.

Skin thick enough to fend off smirks and sneers, disbelief and incredulity;

Ingenuity - to turn a disaster into, well, something;

Desire to meet a deadline (or fear of the consequences of failing to do so);

Ability to turn a bit of a disaster into a tremendous read.

And I thought it was great.

How NOT to do mobile journalism