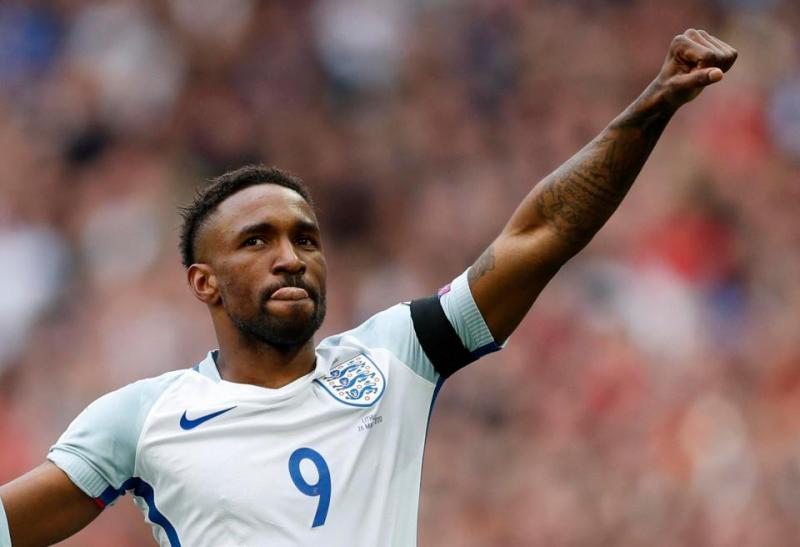 It seems that England fans are split on the fate of Jermain Defoe, with many falling on the side of ‘he’s too old to play for England!’

I’m going to attempt to break down why this wrong and how it highlights one of our biggest problems in international football.

Defoe has scored a hugely impressive 14 goals in the premier league this season, leaving him in the top 10 scorers in the entire division. On paper this seems like a decent effort, however it’s made even more remarkable when you consider where and how he is doing it.

Playing the lone striker role at a club sinking to the bottom of the league is never easy. You tend to have to take any and every chance that comes your way if you’re going to have any hope of staying up.

Sunderland have only scored 24 goals all season between every single player, meaning that Defoe has scored well over half their goal tally. This shows how dependant they are on him and his goal-scoring form.

It seems that people often overlook players putting in good performances at smaller clubs, just because they’re fighting down at the bottom of the table.

What more can you ask of a striker than scoring goals? If Zlatan or Costa were put in that Sunderland team, I’m sure they would take 14 goals as a pretty good return.

However, despite the red hot goal-scoring form, many fans are still questioning whether he should be anywhere near our international squad. I’m not saying that he should be starting games, I definitely do not think that, but it seems stupid to me to leave him out completely.

Vardy, Rashford, Rooney, Sturridge…all names to have been called up in the past year or so to play for their country. Defoe has outscored all of them this season in the league. To go one better, if you add up all the goals scored by those four, you only just equal his tally of 14. So why are people so adamant to pick misfiring forwards over one in such good form. One word…age.

Defoe is now at the ripe old age of 34, a time at which many footballers tend to lose their pace and their goal scoring with it. But is the age of a player enough to rule them out completely? I say no, I don’t understand why that should ever be a reason.

The fact is, he is scoring more goals, week in week out, and that’s what England need. It seems clear that Harry Kane has nailed down that starting striker position for the time being, but we still need others to come off the bench and make an impact. It makes logical sense that you choose the ones who are playing well, full of confidence and likely to turn up with a goal.

If Messi or Ronaldo were 35, and still scoring 50 odd goals a season, I can’t see Argentinian and Portuguese fans calling for them to retire. You pick your best players. For me, this highlights a long-standing problem in this country surrounding our national team. For too long, England squads have been full of the big names, even if they are in pretty shocking form. Players like Wilshere were making the squad last season when they weren’t even playing regularly for their clubs. What sense does it make picking a bunch of players, out of practice, fitness and form, above the pool of talent towards the bottom of the league who are actually playing well.

Southgate seems to have started to make this change. In his last squad he included Michael Keane, who although only at Burnley, has been one of the stand out centre backs this season. Jake Livermore who has been in great form for his first call up in years. The most used club for players wasn’t the likes of Man Utd, Liverpool or Chelsea, but Southampton. He picked players based on form and ability, not off the back of a name of how good they were 4 months ago.

I believe that moving forward with this bunch of England players, we have to pick the guys who are playing well at that moment in time. Obviously we have to bring young talent in for the future, but don’t discount statistically our second best striker just because he might be getting a few grey hairs.

Defoe for England- by a totally unbiased Spurs fan