Malta is a small country with a long, rich history, a place like no other in this world, daintily perched on the periphery of Europe; it lies south of Sicily, north of Africa, a strategic position which made the archipelago a contested region during the Second World War. That being said, it is the country’s military history which initially embedded it into the lives of my family. Prior to its independence in 1964, Malta was occupied by Great Britain, and the British armed forces retained a presence in Malta until 1979. It was during the early 1970s that my maternal grandparents were posted there for a couple of years, as my grandfather served in the Royal Marines. My grandmother in particular fell in love with the country, it’s character, it’s people, and was heartbroken when they had to return to England. My grandparents lived in a building separated into three or four apartments, one of which was the family home of the landlord, a Maltese policeman local to the residential village of San Gwann. My grandmother in particular formed a close connection with the family, and the friendship has lasted, sustaining an unbreakable bond which has lasted almost 50 years, an incredible half century bond nurtured and watered despite a distance of well over a thousand miles. 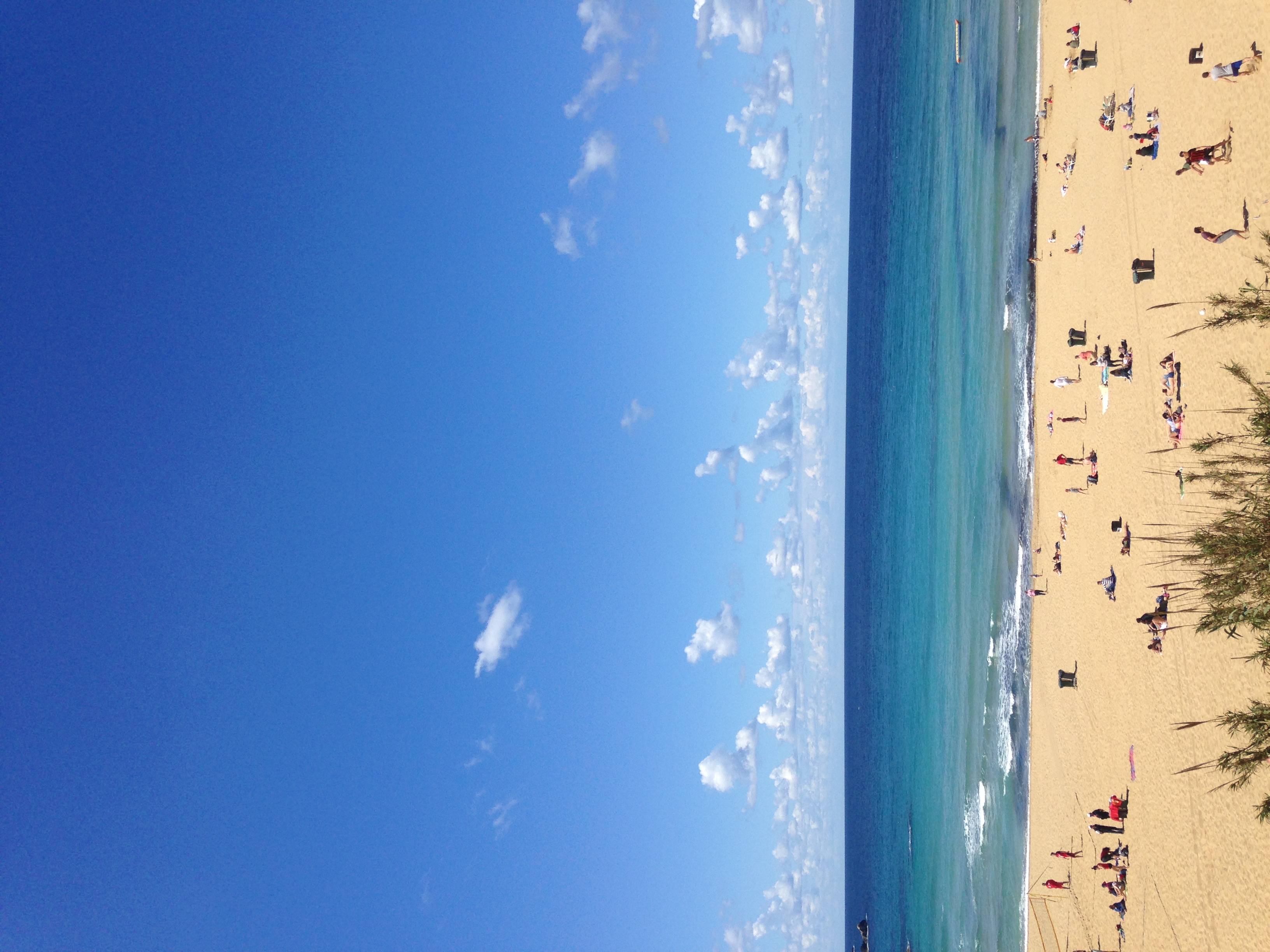 I first visited Malta as a young child, though I unfortunately do not remember much of the trip. Yet it was in 2013 that I first experienced Malta from a more mature perspective, as a mid-teenage girl hurtling towards womanhood, and this was when my love affair with the tiny nation first began. Over the last 8 years I have been visiting as much as I can. Upon landing at Luqa International Airport at the commencement of that revelatory encounter in April 2013, I was instantly mesmeried by the Maltese language, a mother tongue cooked up by borrowing ingredients of words and sounds from English, Italian and Arabic, just one example of the relics left behind from the people of various empires who settled in Malta throughout the ages. Later that day, we visited my grandmother’s friends, the charming couple who she lived virtually alongside in that same village many years before. I was taken in by their welcoming smiles and kind eyes, as we sat in the soft spring sunshine of their Tuscan-like garden. I had set foot on this strange, sea-surrounded rock just a couple of hours ago, yet I felt an undescribable sense of home and belonging, as I looked around at the bougainvillea clinging to crumbling walls and absorbed the chattering of the people gathered together there. My grandmother was glowing, her face exuding happiness as she engaged with familiar faces from her youth. It was in this moment that I became acutely aware of Malta becoming immortalised as our special place, a place to be gifted down each generation, transferred between hearts and shared between minds, with new memories made and submitted to the archive. 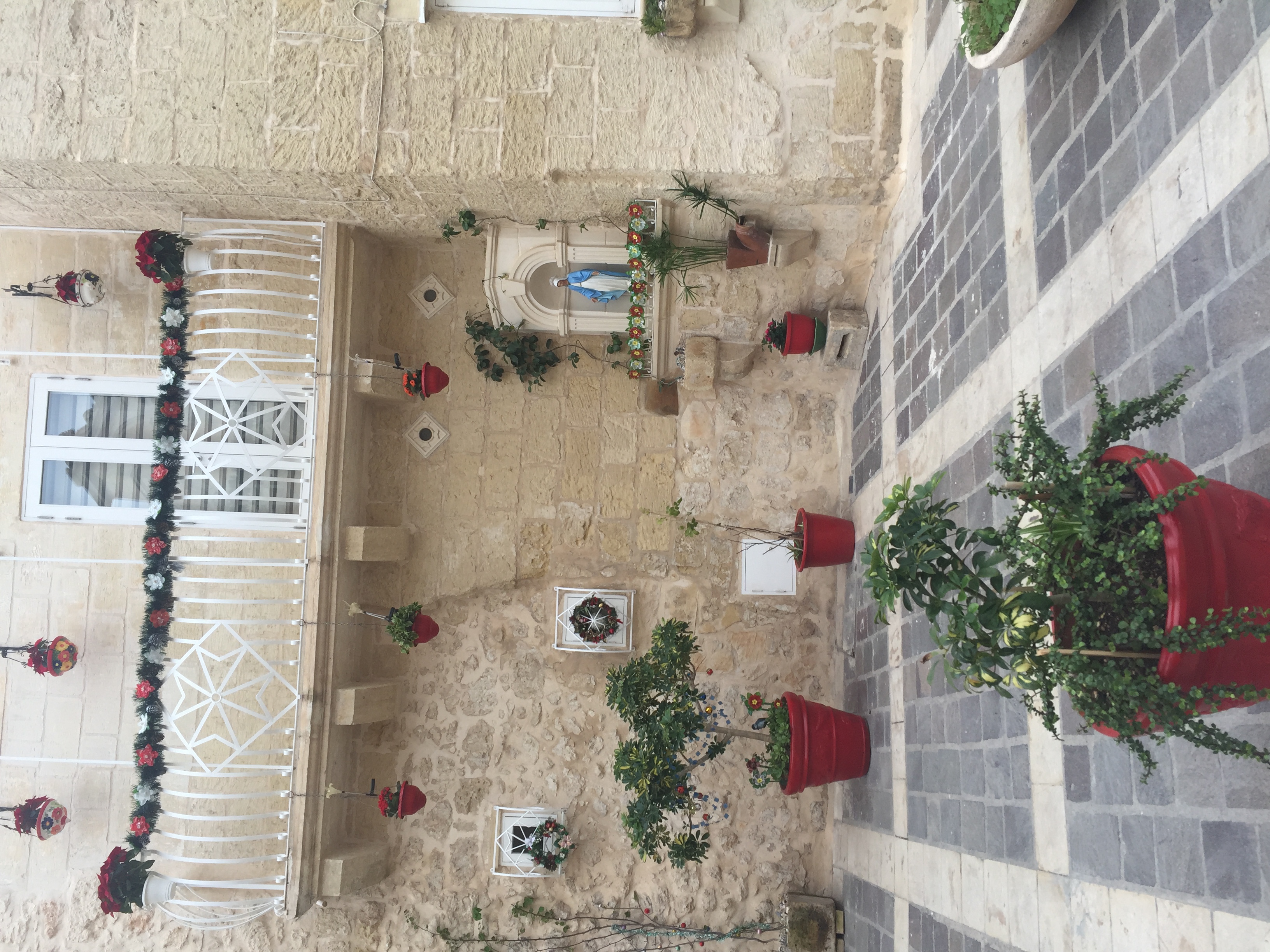 Over these years, Malta has become somewhat of a second home. We have continued to make memories and form more friendships with the island’s inhabitants. I last visited Malta in December 2019, to attend the magical wedding of a dear family friend, and since then the pandemic has cut us off from our Malta, in much the same way as human beings the world over have been forcibly immobilized and torn from their own loved ones and loved places. It is during this awful time that I have reflected on my relationship with Malta and really stopped to value it, to feel gratitude and consider what it means to me and my family. As England tentatively begins to reopen and ease restrictions, I hope that it won’t be much longer until I can safely travel to Malta again and that you reading this will visit too, as it is a country which heavily relies on tourism and has maintained a special relationship with the UK and the British people. I think now of the baroque, limestone townhouses which line the streets of Malta, featuring traditional, brightly painted, wooden balconies and roof terraces for entertaining friends. I think of the buzzing hub of Sliema, stepping away from shoppers to marvel at the iconic skyline, where the domes and spires of the capital city form a distinguishing and dramatic scene on the horizon. I dream of Valletta’s sepia streets and its vintage, Parisian-style store signs, of taking in the view from the bastions of the Upper Barakka Gardens and making a pit stop for coffee at the famous Café Cordina as the bells of St Paul’s Cathedral ring out and reverberate all around. To wander the narrow streets within the medieval walls of Mdina and hear the clip-clop of horses feet from the karozzin as locals and tourists alike head towards the Fontanella café for a slice of gateaux, before admiring the beautiful view from the height of this fortified silent city. In 2016 I spent a whole month on the island, snapping up an irresistable deal from Easyjet Holidays which was unbelievably offering a price that would have been perfectly acceptable for a 1-2 week getaway. It was during this extended stay that I had the opportunity to feel like a local, avoiding some of the more touristy sites and living a simple existence. Saying hello to familiar faces on the street when popping out to buy fresh-from-the-oven pastizzi and purchasing fresh produce from the fruit and vegetable street vendor. Enjoying walks along the coastal promenades and spending time with the friends who had become so special to us. Revelling in Malta’s café culture (don’t miss La Crema Siciliana café in Balluta Bay and treat yourself to a sweet Sicilian cannoli), observing sunrises and sunsets from our balcony in St Julian’s Bay, and generally immersing oneself in Malta’s own edited edition of the Mediterranean lifestyle.

Malta really does have something for everyone. In Paceville you can enjoy Malta’s nightlife scene, after a day of diving off the rocky coastline and taking a boat ride through the Blue Grotto and other hidden caves and coves. Alternatively, head to the golden sands of Ghajn Tuffieha, an idyllic bay which is easily my favourite beach in Malta. The fishing village of Marsaxlokk is ideal for a lazy Sunday, where rainbow-coloured traditional boats called luzzu bob on the crystal blue water; there is a market to explore and a line of restaurants at the waters edge where you can enjoy freshly caught fish and other seafood with a glass of wine. At Ta’Qali crafts village, you can watch glassblowers making various vases, ornaments and other objects with Mdina glass, and see the production of delicate filigree jewellery. Malta has an extensive calendar of events too, which includes a fireworks festival, various traditional street feasts and celebrations, and music festivals such as DJ Annie Mac’s Lost and Found and Isle of MTV. I often think Malta is a bit like marmite; you either love it or you hate it. But in my opinion, the critics aren’t delving deep enough into the country’s soul or exploring widely enough to fully sample and understand what is on offer here. I encourage you to go and see for yourself!

(Malta has many hotels to choose from, but this is where I mostly stay. I’ve also stayed in a lovely Airbnb before and there are plenty of these on offer across the island too).

[Please note all photos in this blog post are my own].

Falling in love with a country: Visit Malta