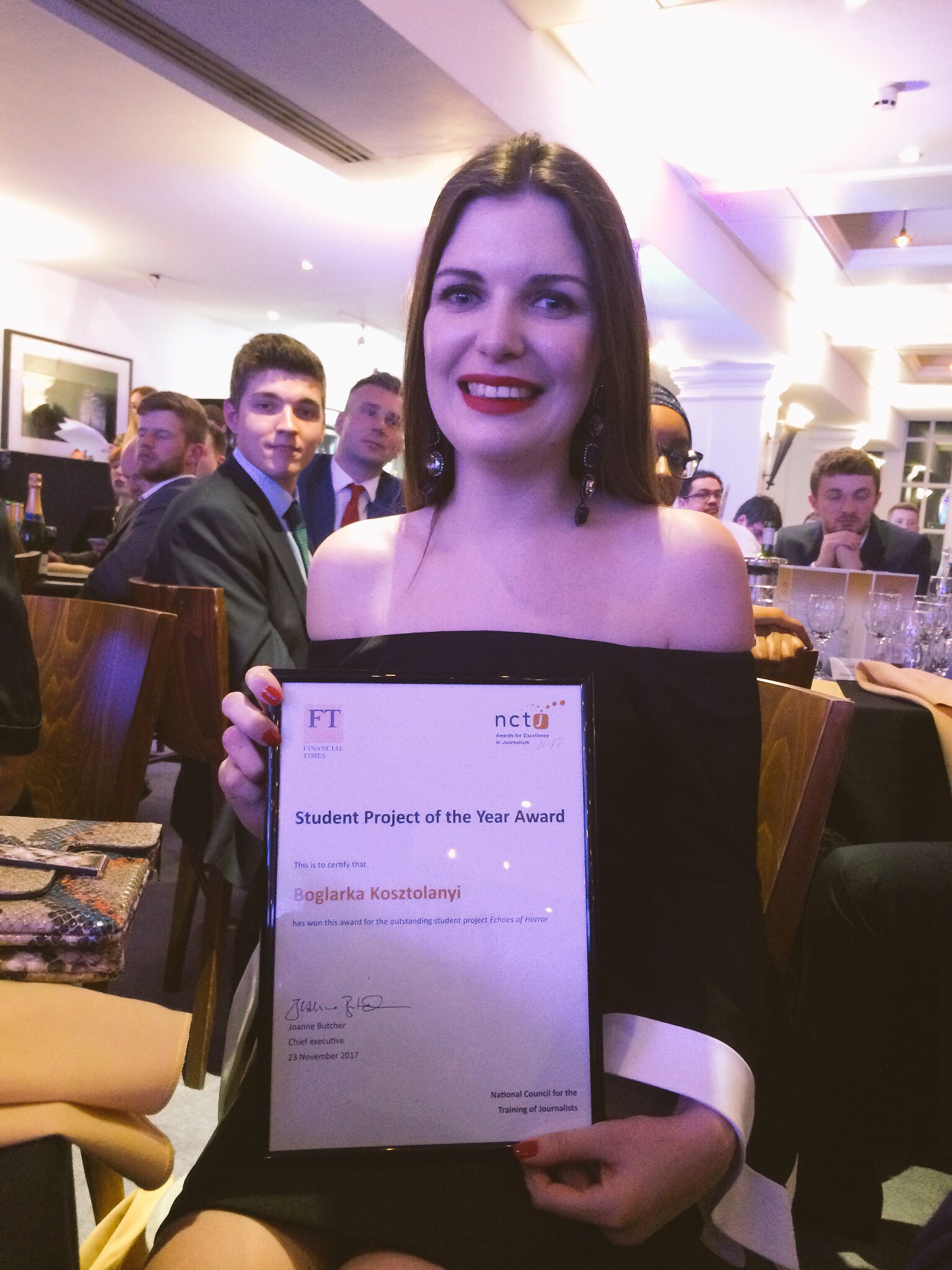 Congratulations to BA Journalism graduate Boglarka Kosztolanyi, who last night won the prestigious National Council for the Training of Journalists Award for Student Project of the Year.

Centre for Journalism staff were out in force at the ceremony at Hampton Court Palace to support Boglarka, who had been nominated for her superb third-year project Echoes of Horror - a multimedia investigation into the rise of the far right in eastern Europe and the fears of those who survived the concentration camps of World War 2 that history might be repeating itself.

Sky News political correspondent Sophie Ridge presented the awards, and Boglarka's project was praised by a judging panel of senior journalists for its  investigative rigour and use of immersive multimedia storytelling techniques.

Boglarka is currently freelancing at Channel 5 News and is also working with former Sky News journalist Harriet Hadfield on her new 360 degree video venture, Humanimage. Harriet was also at the awards ceremony.

Year 3 students take note: work hard  on those projects and it could be you in the spotlight this time next year. 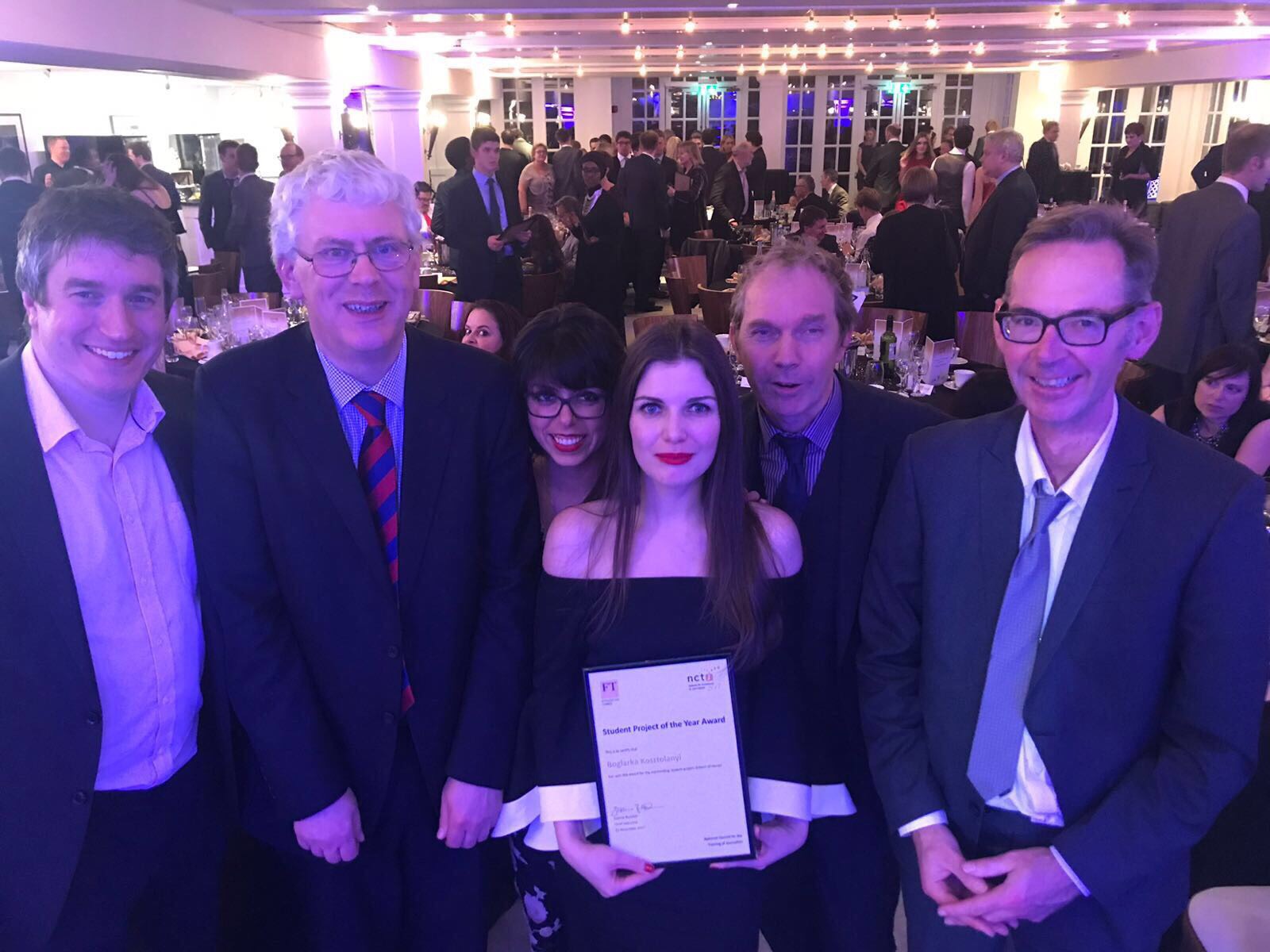