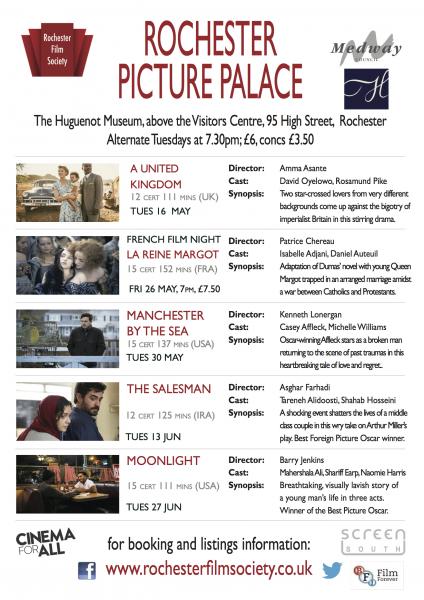 The 2016 Iranian drama The Salesman by two-time Oscar-winning Director Asghar Farhadi will be screened by the Rochester Film Society today at 7:30 pm.

The film depicts the life story of a married couple who perform Arthur Miller's play "Death of a Salesman" on stage, when the wife is assulated. Written and directed by Asghar Farhadi, The Salesman stars distinguished actor Shahab Hosseini and Crystal-Simorgh winning actress Taraneh Alidoosti.

The treasurer of the Rochester Film Society Andy Brittan, who had shared the details of the screening earlier, said the Society once showed A Girl Walks Home Alone At Night  by Ana Lily Amirpour and had also considered the possibility of screening A Separation.

The Iranian director and his cast refused to attend the 26th February 2017 ceremony hosted by the Dolby Theatre in Los Angeles, California in protest at the US President Donald Trump's travel ban imposed on the citizens of six Muslim-majority countries after the Executive Order 13769 was issued by him in February 2017. The prominent Iranian-American engineer and self-funded space traveler Anousheh Ansari and NASA scientist Firouz Naderi represented Farhadi and his cast/crew in the ceremony to receive the prize on their behalf and in their absence.

After 'A Separation' in 2011, 'The Salesman' is the second film that wins Asghar Farhadi an Academy Award, making him the only Middle Eastern/Muslim director to win two Oscars since the award's inception in May 1929.

As noted by The Guardian, Farhadi's movie is the story of a shocking and mysterious event, which shatters the wellbeing of a middle class family.

The Salesman will be shown thanks to a partnership between the Medway County Council and the Rochester Film Society. The venue for the screening is the Rochester Picture Palace at the Huguenot Museum, Britain's only museum of Huguenot history.

"The Salesman" to be screened by the Rochester Film Society Today