With 2017 finally coming to a close, music critics and fans have been compiling their year end lists based on the music that they loved and what they hated. It was a strange year for music one way or another as streaming being used as an equivalent for sales meant that the age old 'X-Factor generic factory number 1's' were nowhere near as common as they were previously. The public essentially had the power in their hands for what they enjoyed and what THEY wanted to hear, meaning we got all sorts of acts that somewhat set a Zeitgeist for the way that music in 2017 will be remembered.

Being a fan of rap music myself, seeing acts from all walks of life with hair of all different lengths and colours earn themselves chart-topping singles was beyond refreshing. I almost felt proud to see artists that I was a fan of being accepted by the mainstream media, some of which released some truly great bodies of work that you may or may not have heard, so without further ado: here are five albums I recommend from a truly polarising year in music; I recommend absolutely all of them.

I quite like being a university student so I won't put the full title of the album here but Tyler really came through in 2017 with what is probably his best body of work to date. The sonic concept of the album is incredibly soulful and sombre which really sets the tone lyrically for how the album pans out. The way Tyler raps over some of these gorgeous instrumentals really evokes some heart-felt emotion as he explores how misunderstood he feels for not being able to express himself properly. The track “911 / Mr. Lonely”, which may be my favourite song on here cleverly compares how he needs emergency-level help from 911, however is also close himself to using a 911 gun due to his mental state. Meanwhile, the track “Garden Shed” has been talked about by critics as a form of Tyler revealing his sexuality through the title bearing resemblance to "guarding shit", whilst the shed can also be implied as a metaphor for a 'closet' of some description. A wonderful, introspective album that doesn't let Tyler's trademark personality and quirky charisma get away from him. 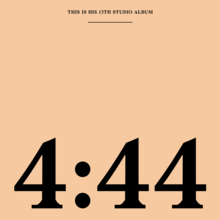 The iconic Brooklyn rapper came out with his best project since 2007's “American Gangster” and really blew me away for the sole reason that I've never heard him come across this vulnerable before, whether he is referring to himself or characterisations to compare his current situation. This album really covers all the bases, the track “Smile” shockingly to me, but in the best way tackles how he still loves his mother despite the perception of her given her sexuality. Meanwhile, the track “The Story of O.J.” is an utterly genius song about black wealth, reminding those to use their money wisely and not to become detached from humanity. I would actually call this the first Shawn Carter album as opposed to the thirteenth JAY Z album.

The internet's first boy-band came out of nowhere (alright, they came out of Texas...) and quite astonishingly released three albums in the space of twelve months. An impressive feat for anyone, though for all three albums to be as good as they are is something else in its own right. The production is quirky and experimental, mixing all kinds of watery synthesisers and trap percussion to mixing intricate crisp samples and even boiling it down to a simple one-instrument lead melody. Either way, every single member's personality oozes in different ways over each and every track to create an autonomous sound, whilst still having a unique sonic flavour for each project. Three of the most fun and engaging listens I've had all year and I can't wait to see these guys continue to put out great music, whether that be as BROCKHAMPTON or as solo artists.

So I don't actually just listen to conscious rap music, occasionally I do like to switch off and just enjoy the sound and the vibe of a project and be engaged by either catchy flows and hooks or be transcended in an album's production. Without Warning, released on Halloween (I suspect completely intentionally) captures the horror genre within ten different sounds throughout the course of the project, composed excellently by Metro Boomin to complete a dark, murky, atmospheric mood project. Offset's mean, yet catchy and punchy cadence keep the energy up, while 21 Savage's monotone, yet cold and dark delivery compliments these beats perfectly. If that hook and beat on the song “My Choppa” doesn't give you shivers, I don't know what will. Tuck the kids into bed before checking this one out. 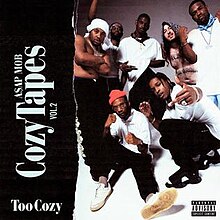 This one had to grow on me. Like, really had to grow on me. But after a while, I slowly began to appreciate how consistent the album sounded and how much each verse from each member of the A$AP Mob began to fit within the context of each song. This is probably the album that stands out for me this year for being so well oiled and connected without sounding repetitive. The instrumentals have a dark, cloudy and atmospheric vibe to them and really play to the strengths of the Mob's biggest members: A$AP Rocky, A$AP Ferg and now Playboi Carti, all of which provide their own distinct qualities to each song. The flows are superb and intricate, with almost every line lining up perfectly to ride each beat like a surfer rides a wave. When the album isn't intoxicatingly catchy or vibrant, the more up-beat tracks serve as hi-fi energy releases that still work within the sonic concept of how the project sounds. There's something about nine different rappers on the track “What Happens” telling a story about 'who's-the-father-drama' and ending up on The Maury Show that is just hilarious for me.

So that concludes my five 2017 albums that I would recommend. It will be very interesting to see how 2018 responds and what trends and waves will take over the music world for the foreseeable few years.