Centre for Journalism postgrad Harry Howard is having a productive time on his placement on the Daily Mail newsdesk, if today's edition of the paper is anything to go by. Harry, who completed his Multimedia Journalism MA this summer, has capped his first week on the job with no fewer than 3 bylines in the Saturday paper, including the prized page 3 lead - for a story on two BP garages facing each other on the same road charging different prices for fuel. 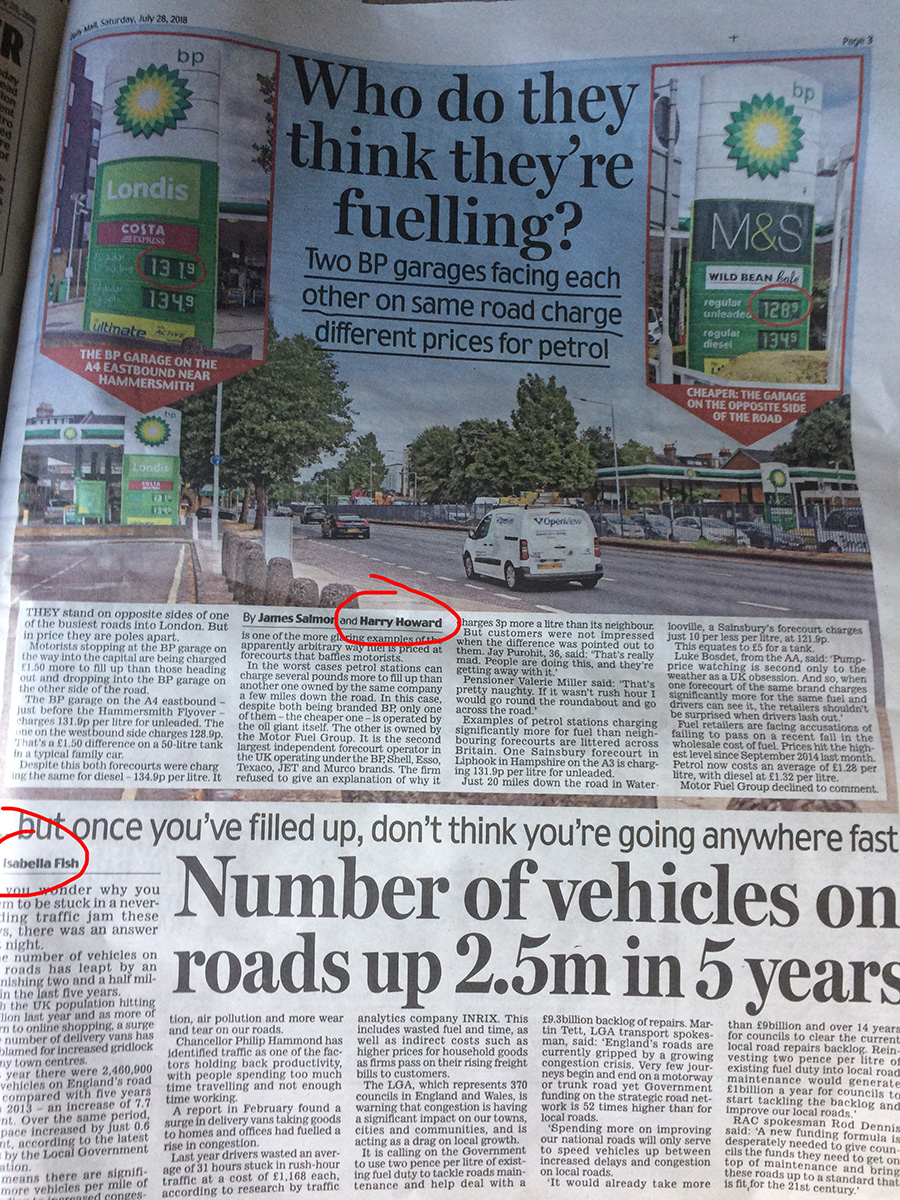 He is also bylined for his work on the harm that unconditional A-Level offers can do to the students who receive them (something the Centre for Journalism never does, incidentally) on page 20, and on the story of the rapper stabbbed to death on page 40.

Harry's fellow postgrad Danielle Amato, this year's CfJ Daily Mail scholar, completed her placement at the title earlier in the summer and bagged a bundle of bylines too - including this front page: 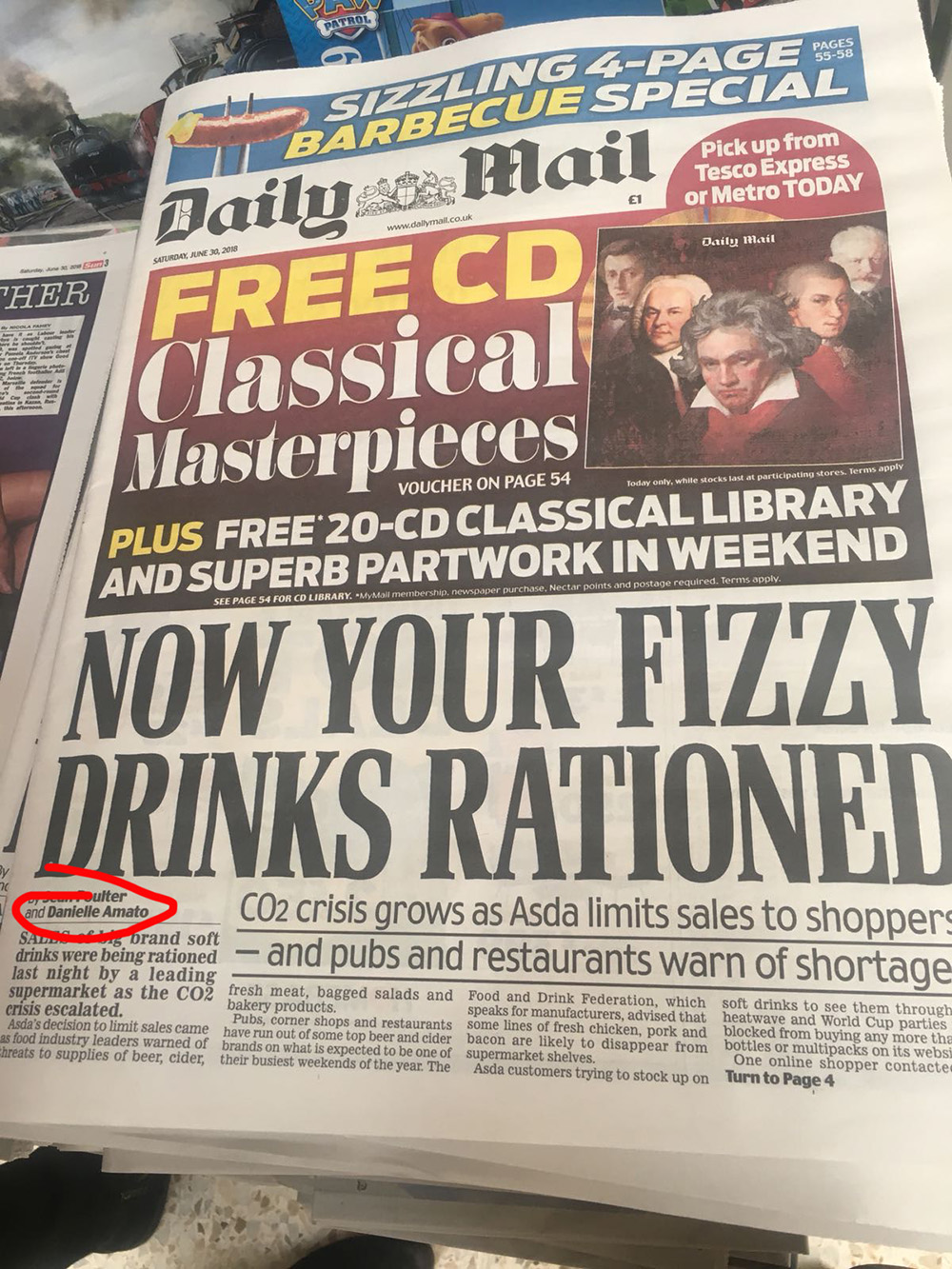 Incidentally, who is that also bylined on the anchor story on today's page 3? Why that would be Isabella Fish, of course - last year's CfJ Daily Mail scholar and now a prolific staffer at the paper.

The CfJ's quest for world press domination is going nicely...

NOTE: An earlier version of this story incorrectly said that Harry was this year's Daily Mail scholar. Apologies.